Loyalty Programs and the Growing Presence of Influencers

Loyalty programs are a tried-and-true method of gaining new customers, and believe it or not, loyalty programs have existed for a very long time. A kind of loyalty program that became popular in the early and mid-19th century was introduced by some American retailers in 1793 when they started giving their customers copper tokens to use for future purchases. Today, the most popular strategy for increasing customer retention and income is through loyalty programs. Customers' priorities, preferences, and sentiments have changed over the years. In this day and age where social media apps are the norm, influencers are more effective than any other method for connecting with users organically.

Influencers are playing important roles in even simple referral loyalty programs. Nearly everyone has seen this when scrolling their preferred social media platform: their favorite beauty guru is promoting their much-loved cooling eye cream roller, or perhaps a favorite royal family enthusiast is advertising their favorite vitamin brand. Influencers have loyal followers, and when they urge them to try a product, their fans pay attention. According to Variety, 60% of millennials are more willing to follow the advice of YouTube influencers than of traditional media figures. Additionally, 42.3% of brands think that sales and conversions are the most crucial indicators of an influencer marketing campaign's success. Having said that, there is no denying that influencers are important in the decision-making process for shoppers. Let’s explore this in more detail.

Establishing a meaningful connection with the audience

You're probably familiar with the Coca-Cola holiday cans and bottles featuring a cheery, red-cheeked Santa holding a Coke. One of the early influencers was Santa Claus himself, who first appeared in Coca-Cola advertisements in 1931. There is something comforting and nostalgia-inducing about seeing that brightly red can circulating at the end of the year that gravitates grocery shoppers to pick up a pack for an upcoming Christmas party. But, of course, we have come a long way since 1931, especially with the birth of the internet and social media platforms.

But there's no denying this: People only find celebrities these days at sponsored events and ad campaigns (like ads for cologne, makeup, and skincare, just to name a few). On the other hand, influencers have a more personal relationship with their audience. They share details about their way of life, accessories, products, and so much more on social media. More audience trust is fostered by this than by any commercial advertisement. Furthermore, influencers interact with audiences more frequently than celebrities do, which makes it simple for them to keep more of their audience engaged through consistent content and update sharing.

Even if celebrities are more well-known and have larger fan bases, influencers are considerably more accessible to the potential customers for your product. Influencers cater to a very niche and carefully selected audience. While a celebrity can support numerous brands across different industries, influencers often have a single industry audience that they cater to. For instance, let’s say you’re own a gym and want to promote your peanut butter protein powder. Your product might be promoted by an Instagram body builder whose audience is interested in nutrition and exercise. Their followers will include a sizable group of people who are interested in your product since they are giving advice on these specific subjects.

The finest platform for people to share their experiences with the globe is social media. In truth, user-generated material on social media has a 35% greater engagement rate than branded content. This is because influencers share feedback from customers and develop more content for your brand.

Utilize your own ideals and the trust of influencers

Regular communication between the influencer and the audience

Influencers have a history of speaking directly to their viewers when live streaming. In truth, a lot of influencers frequently respond to comments or direct messages. As a result, they can develop a unique relationship with their fans. Therefore, the majority of followers pay attention when influencers ask them to check out a brand.

Influencers are recognized as experts in their fields

Influencers are typically regarded by their followers as experts in their industry. As a result, their followers frequently take what they say to be true. 38% of customers trust material created by brands, whereas 61% trust recommendations from influencers. Compared to branded postings, influencer-generated content performs better and generates more interaction, according to 60% of marketers. When a product is recommended by an influencer, 62% of shoppers say they are more likely to buy it.

1. Establish a network of influencers

The ability to influence and have a lasting impression is greater within the community. Some instances of blending the power of community with influencers are bringing influencers into your community and rewarding them with extra advantages, personalized experiences, and perks. Having a broad audience of both current and potential customers will be made possible by having many influencers. After that, use these investors to advertise your loyalty programs. For instance, Sephora's Beauty Insider rewards program, which rewards influencers with personalized experiences, was a tremendous success, generating more than 76K daily conversations and 1,500 active topics. They also added additional tiers to the program. You may receive more or less rewards depending on your spending over time.

People enjoy talking to their friends about products a lot. Referral programs make use of this social behavior to draw in new customers. Influencers can quickly increase the number of people attracted by adding them to referral programs. You can instantly connect with thousands of followers through a single influencer. Influencers can receive a coupon code, and their followers can use it to receive savings. Let’s say you own a monthly tea subscription box business. To help you promote it, you can contact them via Instagram or YouTube, just to name a few platforms. The influencer can discuss it via their Instagram story or new video and offer a 20% off coupon for first-time subscribers to help bring in more business.

3. Enlist the help of influencers to construct a challenge

People discuss their daily lives, experiences, and anything else is on their minds on social media. Everybody desires development and integration into the community. The challenges on social media quench this thirst. An initiative to spark user-generated content (UGC) can be launched with influencers. Having said that, outcomes are guaranteed when UGC is included in influencer loyalty programs.

5. Develop a system of rewards for influencers who provide results

When a reward is involved, it's only natural for us to work even harder as humans. This strategy can help you draw more influencers to your loyalty program. Additionally, compensating influencers can help in ensuring that they stick with your brand, which will boost ROI and retention rates. The goals of the business, the nature of the product, the marketing plan, and the stage at which a brand is developed also impact whether or not the influencer component of a loyalty program should be used.

Is your business in the market for a fresh start? We’ll help you out here at Loyal-n-Save with our unique loyalty rewards club. With specialized, user-friendly solutions created around their goals, we help all types of businesses maintain their shoppers. Arrange a consultation and have one of our specialists perform a demo for you today!

This article was written by Loyal-n-Save, an omni-channel customer loyalty solution for retailers looking to increase customer retention and new customer acquisition.

Danielle is a content writer at Loyal-n-Save. She specializes in writing about implementing loyalty solutions proven to help a company grow. 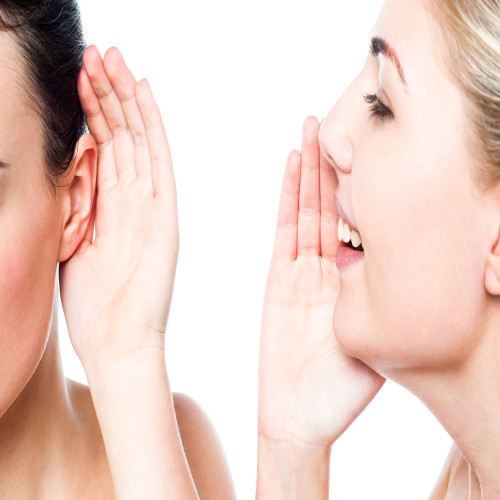 We'll keep you posted about our innovations, exclusive offers on our subscription plans, and latest updates, articles and blogs about the loyalty industry.

Read our blogs and stay informed about the latest updates for the loyalty management industries and how consumers are reacting to the new developments. How to Craft a Strong Customer Engagement Playbook A Comprehensive Understanding of Purchase Frequency By Danielle Dixon
View All Blogs

Loyal-n-Save is an industry leading loyalty program software with pathbreaking features that can be customized for both modern retail and traditional businesses.